Compared to other countries, we Dutchies live on a fairly small piece of land. The Netherlands is a very small dot on our globe, but that doesn’t mean we can’t be ‘big’ when it comes to certain things. One of those things being watches. A while ago, we had the pleasure to be a part of a get-together of Dutch watch brands. A meet up of individuals whom, luckily for us, all have a very distinct vision on the industry and everything that comes along. An event where passion, technique and creativity became magical words.

It was at that particular event that I met with a special person, called Mr. Holke Dijkman. A man who’s very respected within the Dutch watch making industry. On his resume, you’ll find a completely in-house self-made regulator clocks, astronomical clocks and watches with a complete planetary on the dial. Working for Christiaan van der Klaauw (hey, did we say planetary?), Mr. Dijkman can call himself master watch maker with proud.

A well-known name within the industry, but not directly amongst watch lovers. In a conversation with him, he told me that 2017 will be the year of his first very own watch; brought with the same signature that we have been knowing for a while now of his ‘Dijkman regulator clocks’. Of course, our interest was sparked and we decided to plan an appointment over at Mr. Dijkman’s workshop to take a closer look. 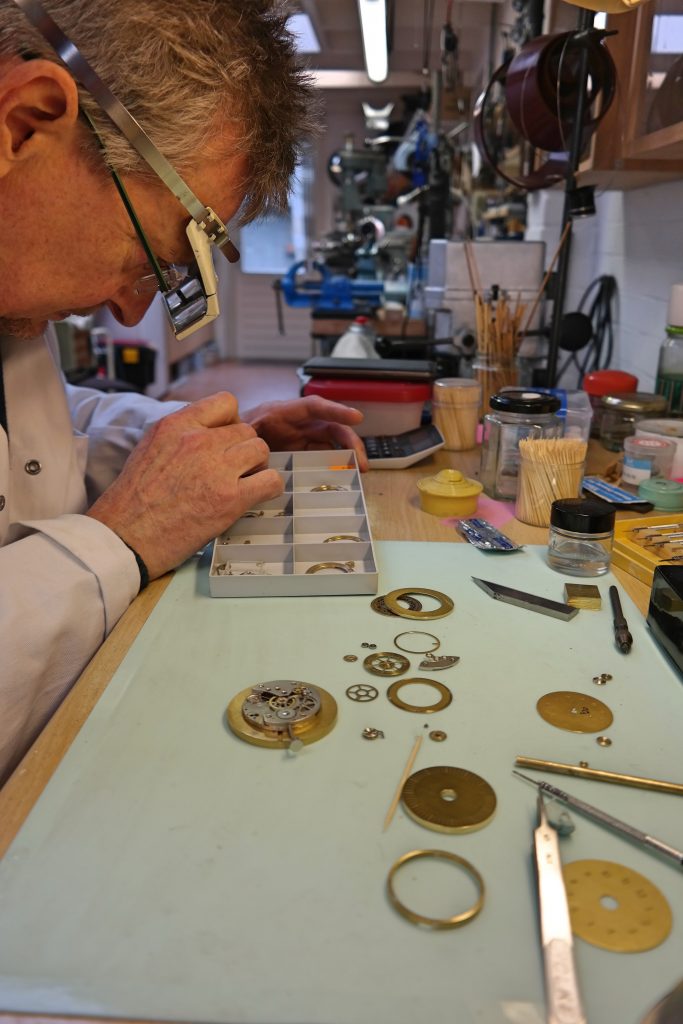 Starting when he was a little boy, Mr. Dijkman has always been fascinated by technique; from little toys to mopeds, everything he had would be deconstructed and then build up again. All of this came forth out of a wish to understand how something worked and why it worked like it did. A never-ending search for new techniques became a big influence in the life of Mr. Dijkman.

Fascinated as he was, Mr. Dijkman started his educational course at the school for watch makers and movement technique. After a successful end of this period, he started his life as a professional watch maker. Telling us that this wasn’t his only profession, we came to know that Mr. Dijkman also has the knowledge and ability to create instruments and a wide range of tools. That last one giving him a fair share of knowledge about different materials and ways of processing them.

The fact that Mr. Dijkman always dreamed of creating his own clocks has never been a secret. During the period of running his own clock workshop, he met with Christiaan van der Klaauw; a meeting that would – as we all know now – result in a great collaboration for years. 10 years to be precise. With a complete track record of 30 years in horology and fine mechanics, we are very excited to see what the first own watch of Mr. Dijkman will look like. 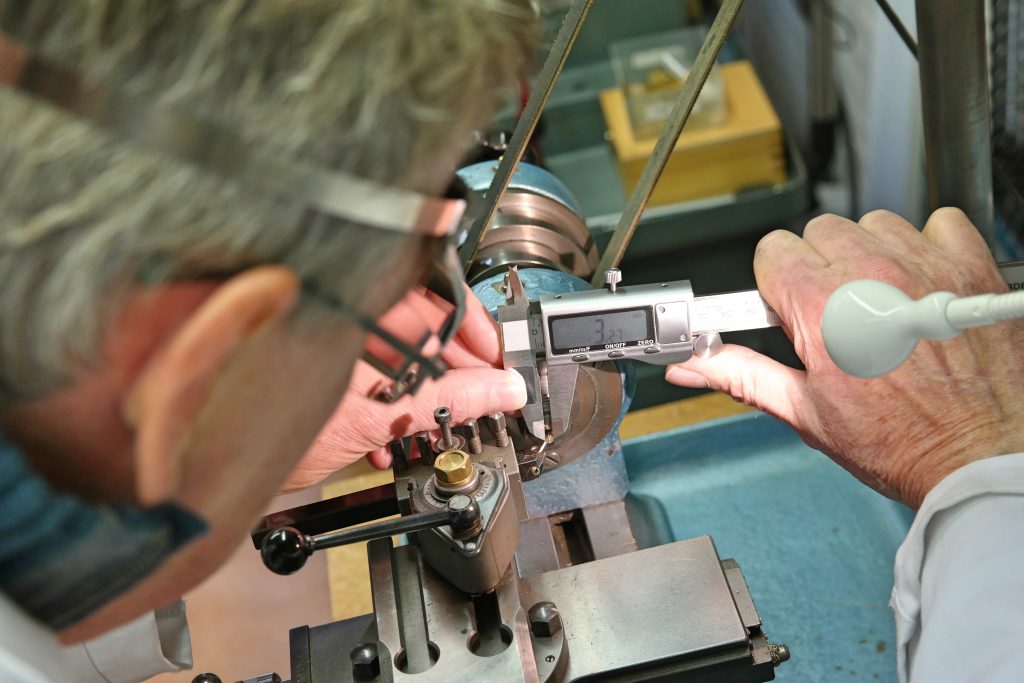 We were very honoured to be amongst the first to get a glimpse – and a bit more – of his own timepiece. It will be spring 2017 when the first Holke Dijkman VERSUM watches will be available for the public, but we got to witness the creation of the first series.

Mr. Dijkman’s vision is one that cannot be misunderstood. He wants to embark on a journey through technique and horology whilst the wearer of his watch accompanies him. To start off, he picked a well-known movement as a main ingredient. A movement that goes by the name Unitas would be the essential ingredient of his piece of haute cuisine. However, this wouldn’t be a Dijkman creation if he didn’t decide to create something completely different than what you would expect. 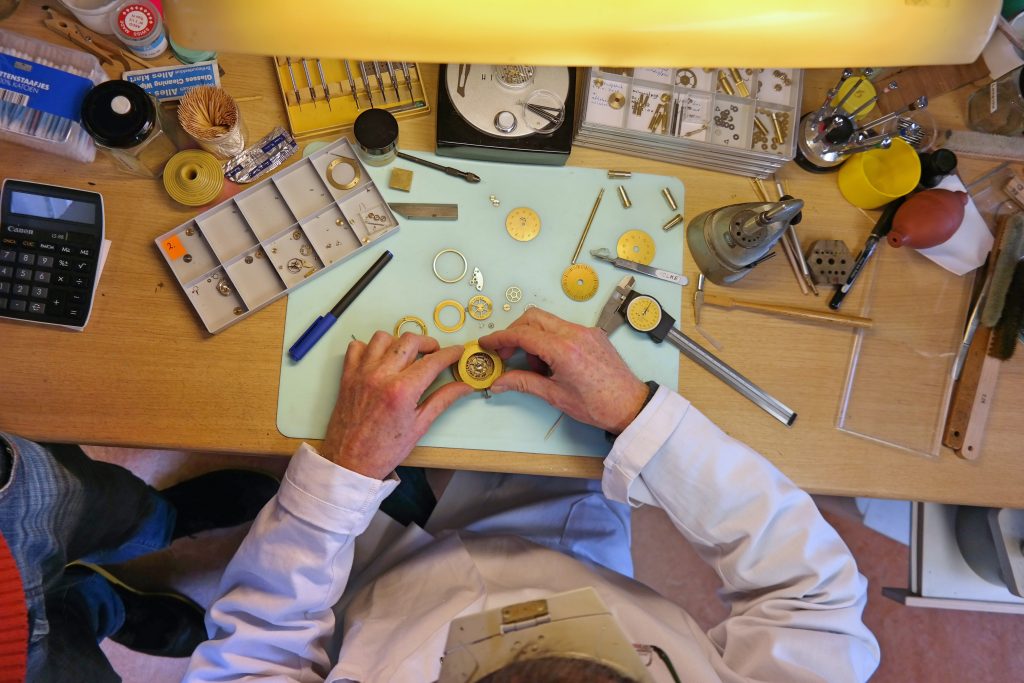 While the watch undresses itself on your wrist, the floating hands assure that even the most hardened watch head will blink twice. This mysterious piece of horology is crafted inside a very sharp and minimalistic case, but as soon as your eyes cross the lunette, there’s no way back. You’ll be staring into the core of the watch while being mesmerized for the next couple of minutes. The minute indexes move your eyes further to the centre, paying attention to the hour hands which mysteriously float above the cogwheels of the movement. As soon as you reach this point, you’ll slowly start recognising the Unitas movement. Fully displaying itself up until the escapement. A true journey. 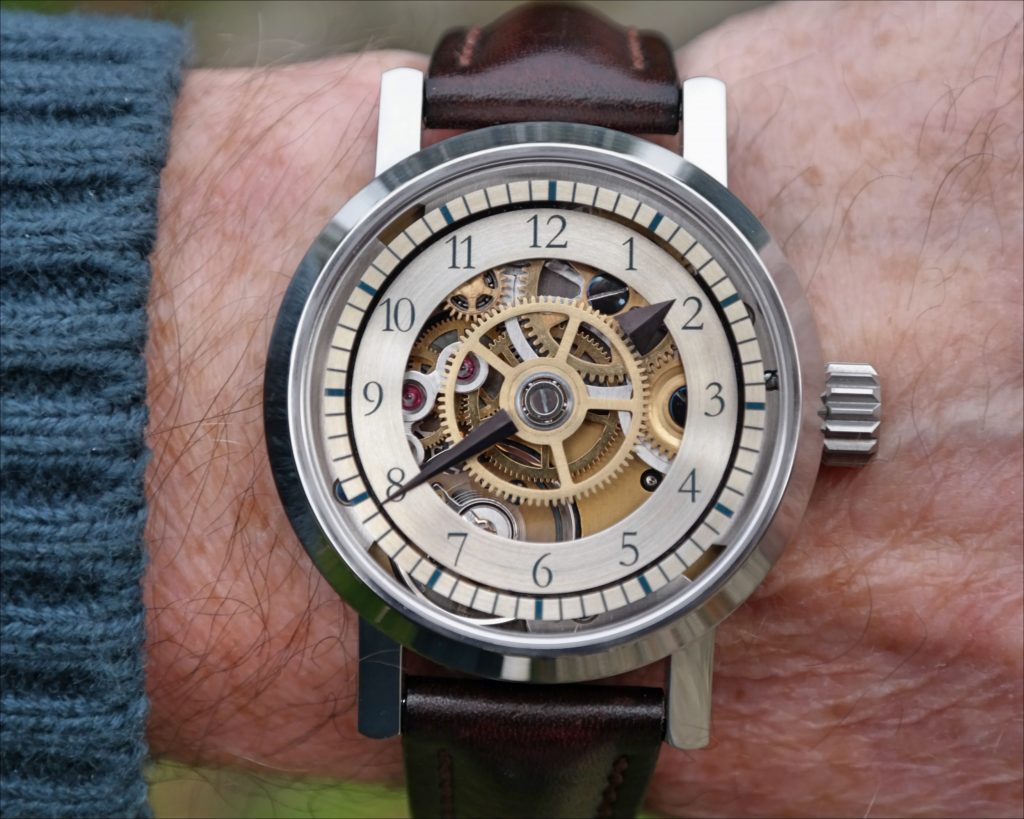 Mr. Dijkman tried to create a fusion; taking a well-known movement and adjusting it until you have a mysterious machine that displays all of its beauty. As said, the technique and all of the layers belonging to it are the essence of this concept. I am pretty much sure about the fact that each watch head will want to solve this puzzle of technique. Making this watch a piece of art that will distract you from everything else. 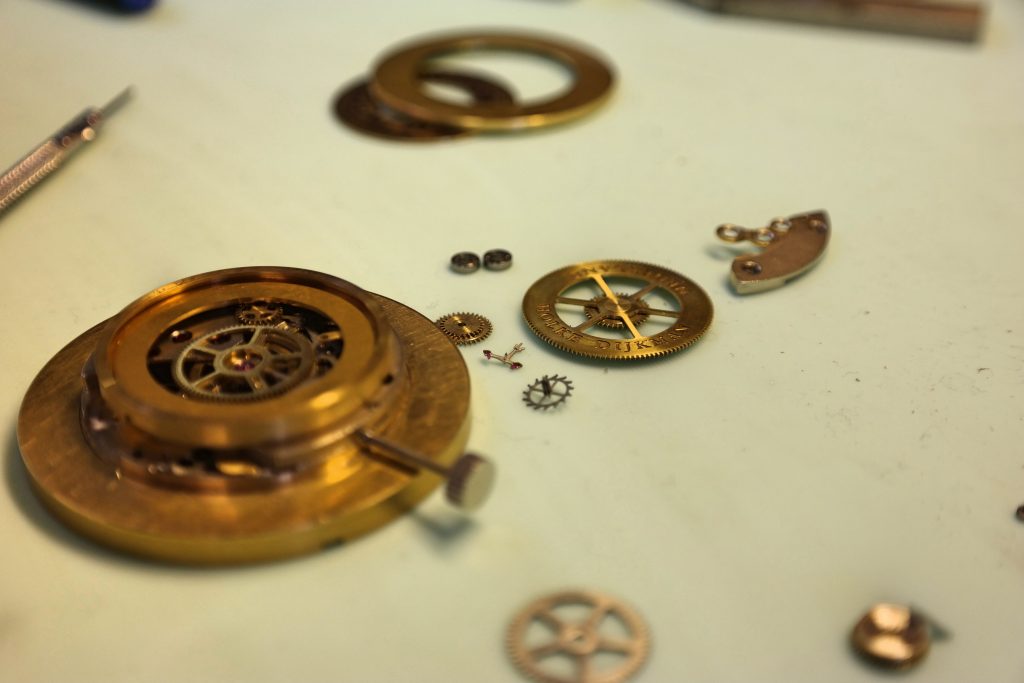 The extra modifications in the movement are so well-executed that I can almost assure you that this ‘Unitas’ will do its job better than the standard version does. The power reserve of this one is a bit higher than the standard version too. Something that tells us that Mr. Dijkman does his job on the edge of precision. When I hear him talking about his job and passion, I can fully agree on that statement. 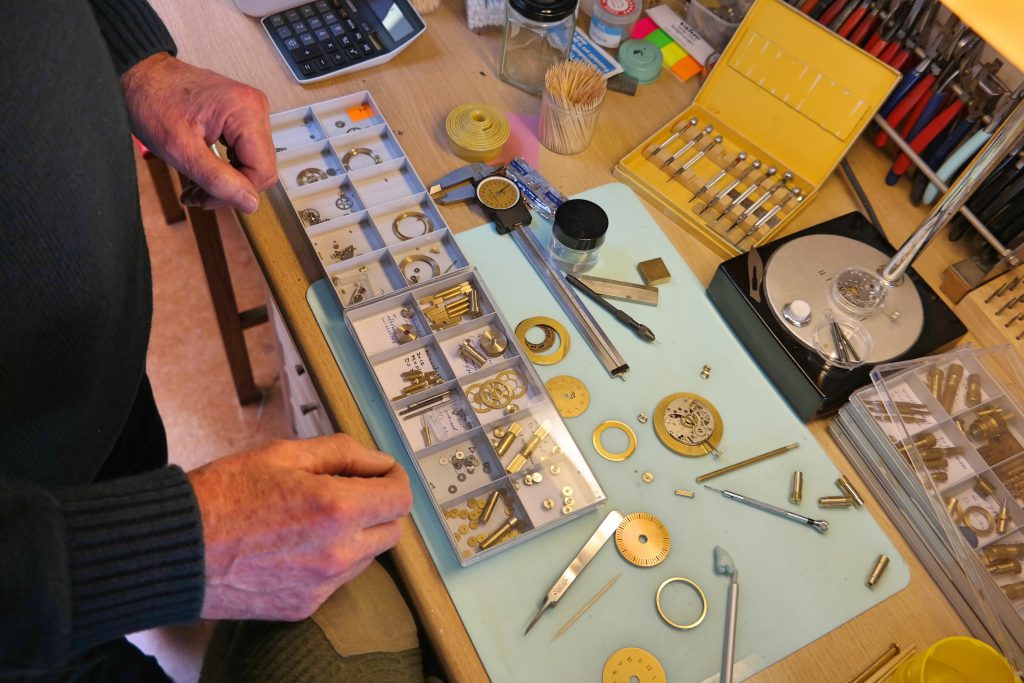 In-house developed and made parts

Visiting the workshop of Mr. Dijkman, I quickly noticed that everything happens here. From designing, to creation and assembling; Mr. Dijkman does all of these things with the power of his own two hands. Because of the fact that he knows a lot about processing materials and creating tools, he has the ability to do almost everything that’s necessary to create his own watch. On top of that, his ideas demand from him that he creates new tools to move on in the process; an aspect that proofs how much knowledge and experience Mr. Dijkman has. 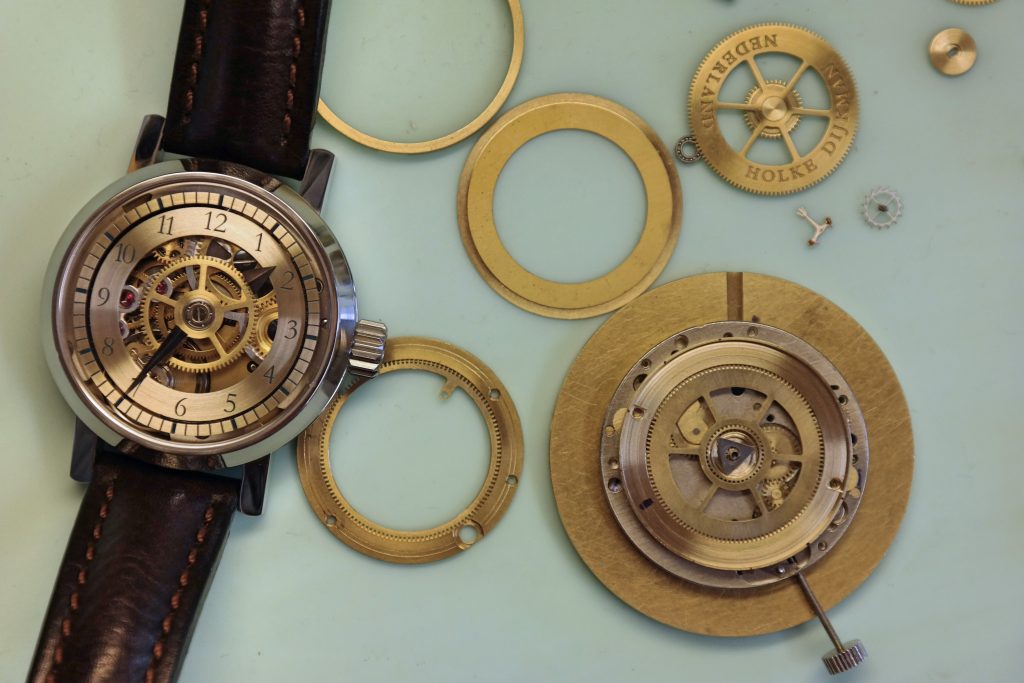 Displayed on the case back, we see a moving disc. Strange, after all, we could imagine there’s nothing to see here since that’s the part that normally sits directly underneath the dial. It underlines the amount of brainstorming and knowledge that has been put in this timepiece. As I said, the case is fairly simple, but that’s not a problem with a watch having all of its essence on the inside. 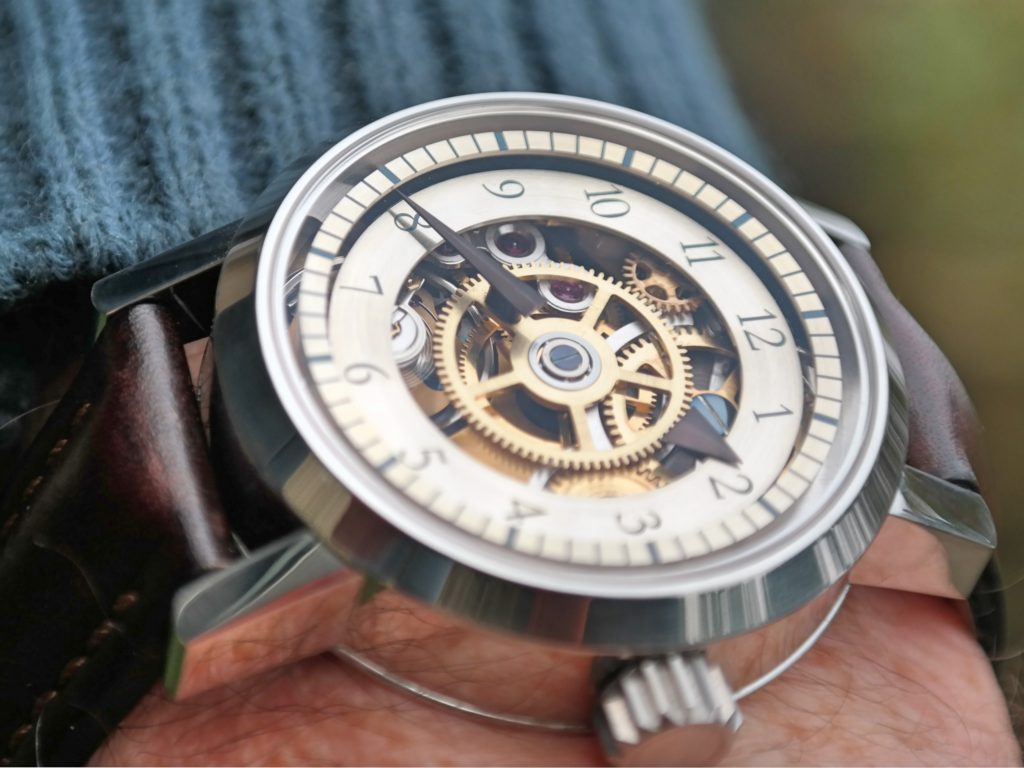 The Holke Dijkman VERSUM watch is a hand-wound timepiece, based on an ETA-Unitas movement. It measures 42,5mm in diameter and 13,5mm in height. All of this technical ingenuity has been placed inside a metal case. This timepiece will see the official light of day in the spring of 2017. For more information, visit www.dijkmanclocks.com & www.dijkmanwatches.com. 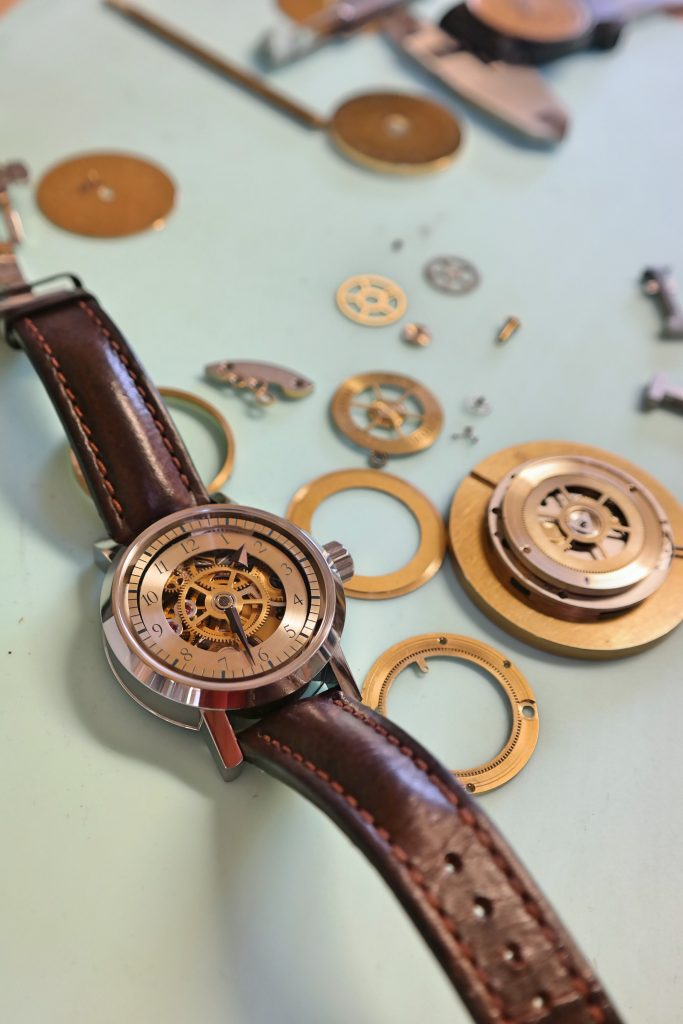 We want to thank Holke Dijkman for his time and the ability to visit his workshop, it was an honour. We encourage the amount of passion this man has and we can assure you to keep yourself updated on his work.