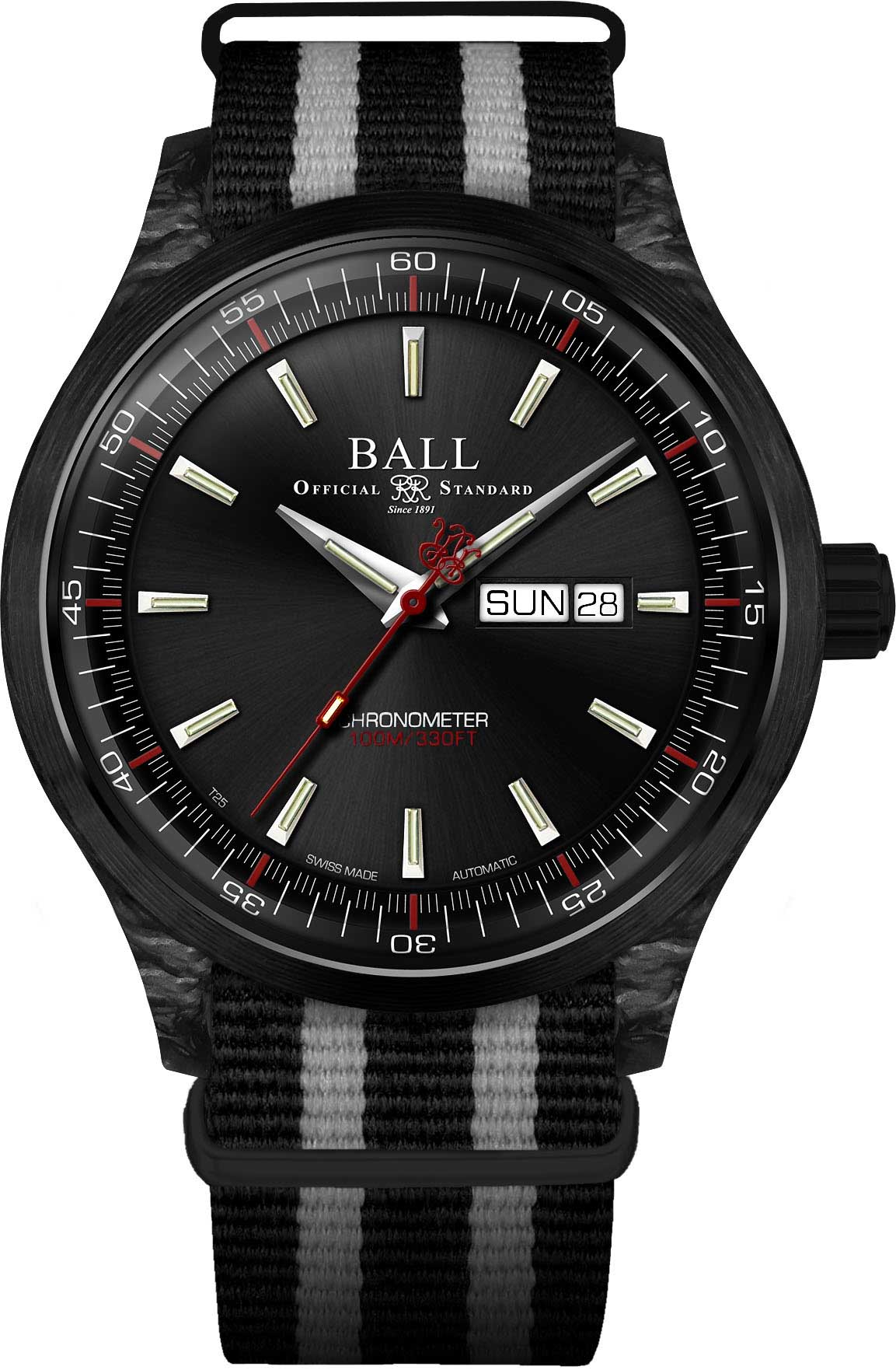 Volcano and magnetism
Volcanoes are known for the high magnetic fields surrounding them. Researchers at the Ball office came up with a material for a high anti-magnetic case: mumetal. Mumetal is an alloy made out of nickel, iron, copper and molybdenum. The combination of these materials make it possible to create a ‘natural’ deflecting layer that doesn’t attract any magnetism up to 1000 Gauss. Ball patented the use of this specific material in a watch case. The case has a very recognizable look for us watch enthusiasts: it’s made out of superimposed layers of carbon mixed with that crazy mumetal patented stuff. 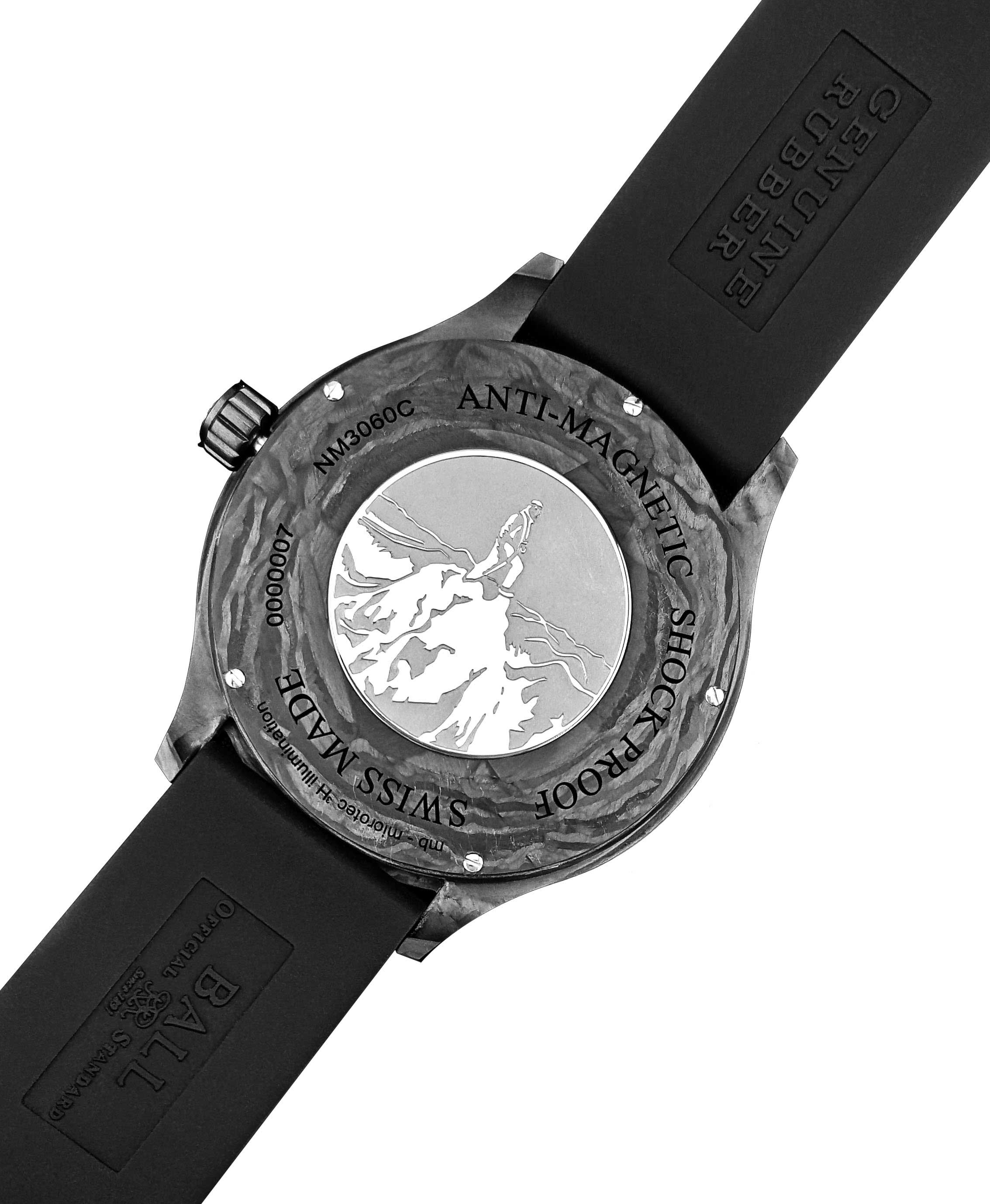 Volcano looking volcano-ish
The watch has a very cool look. As you can see in the pictures it comes with either a NATO-strap or the same rubber strap as the one we had last week. Me personally, I prefer the NATO on this one. Even though the watch is big – 45mm in diameter – the case and lugs give it a rank look. Matching better with the NATO-strap in my opinion. But that’s just my opinion, by now you should know how useless that is. The case has a thickness of 12.4mm and has – as said before – a cool carbon look. The dial has a very subtle slate-gray colour to it with a few red details on the second-hand, index ring and ‘100m/330ft’ indication. I have to admit, very cool colour combinations. Nothing is too much and yes, the colours suit the name ‘Volcano’ very well. 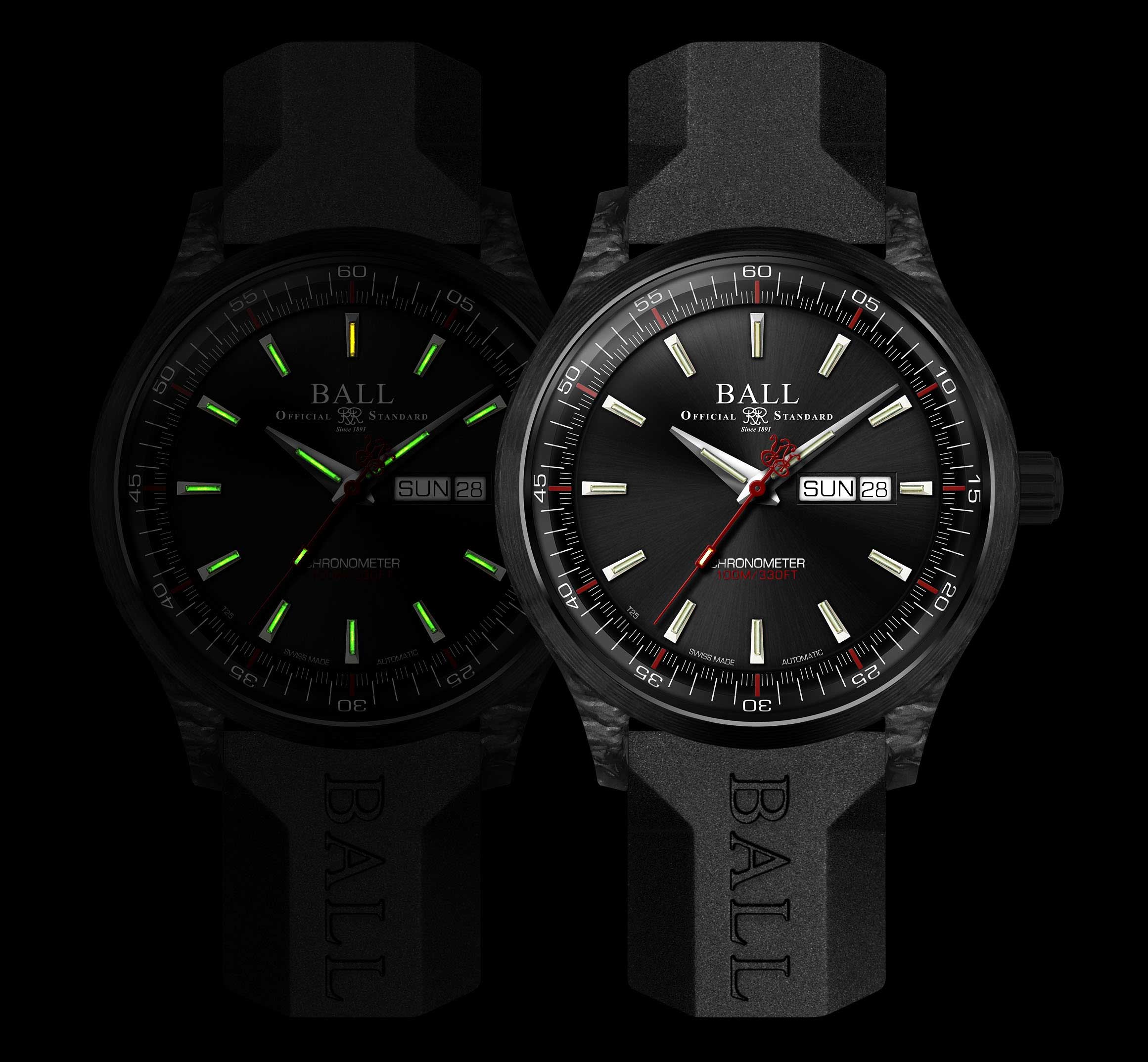 Movement and looks
The Ball Engineer II Volcano beats on a BALL RR1102-C automatic movement. Certified by the COSC (Official Swiss Chronometer Testing Institute), this watch displays hours, minutes, seconds and day date. Of course the ‘chronometer’ standard is nothing new in the industry, but today there are still people who only look for watches with this official standard. After all, it is still a stamp for quality. Because Ball has a special technique – read all about it here – their movements are very shock-proof. It can withstand a force of 5.000G and is water-resistant up to 100 meters. As finishing touch, as all Ball Watch models, the Volcano has a total of 15 micro gas tubes on the indexes filled with Tritium. This assures the wearer of a Ball watch to perfectly keep track of time during the darkest hours. 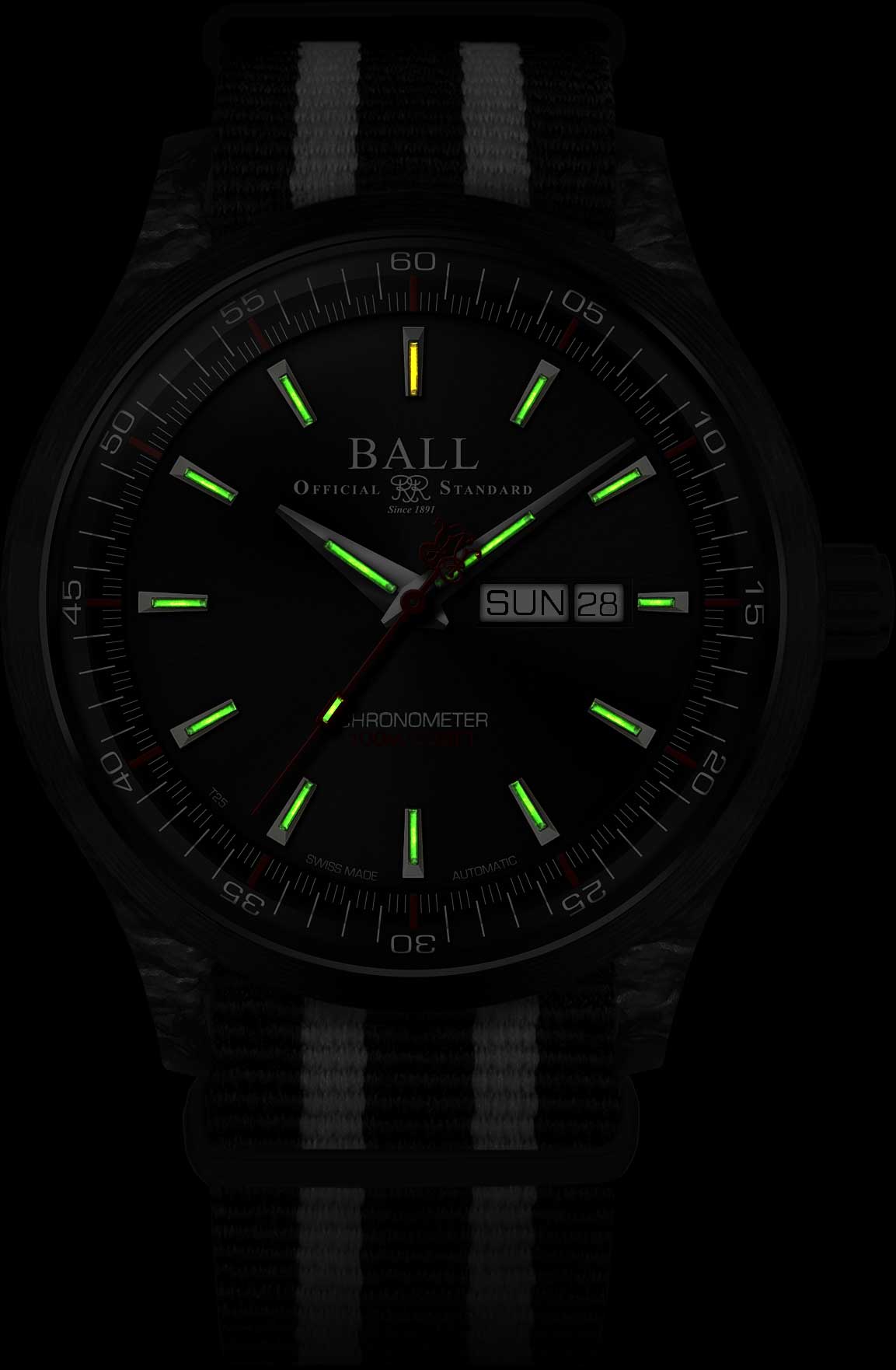 Overall conclusion
A very cool timepiece. The colourway and use of materials matches perfectly and if I’m honest, I would definitely like one on my nightstand. It’s not an eye-catcher, but it has a very cool and distinguished look. One you would expect from a watch with these specifications. Great job on this piece of heat. 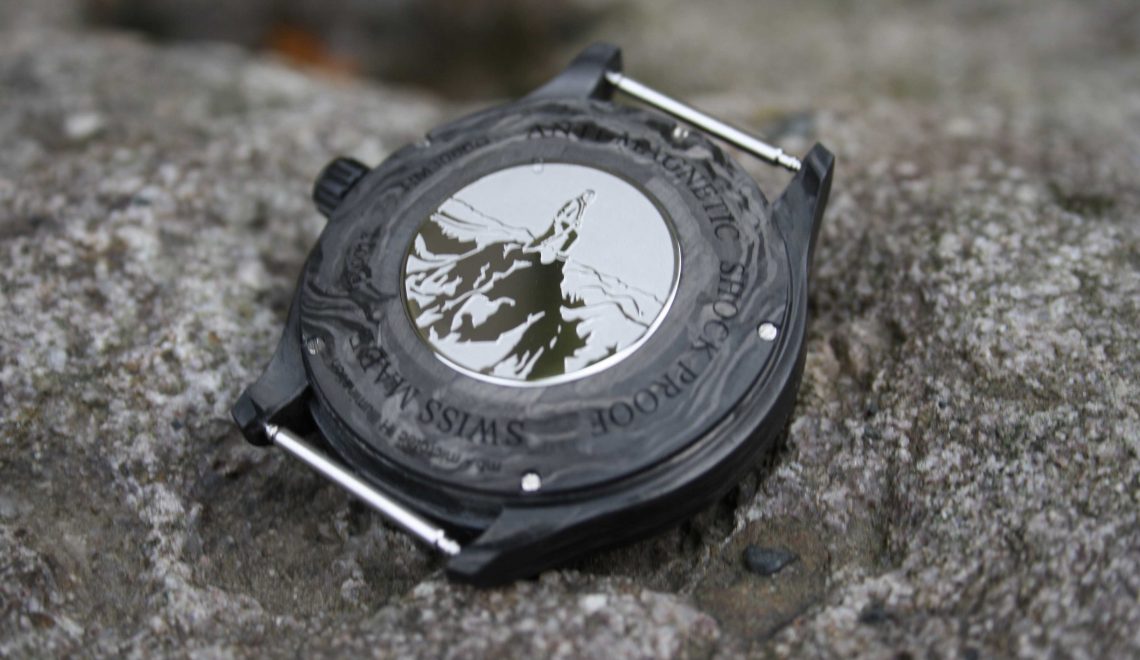