Italian design for a Fleurier heritage | Bovet Ottantasei by Pininfarina 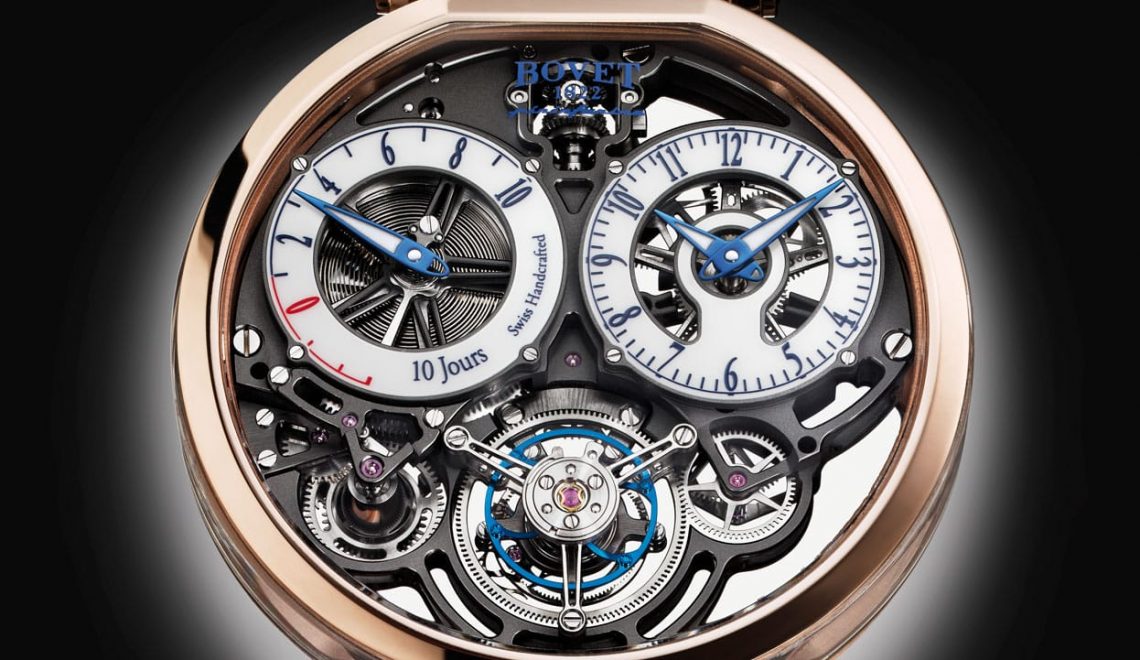 If there’s any watch brand in the world, that reminds us of pocket watches and traditional stopwatches, it has to be Bovet. Now, don’t be hasty, I know their models are far from similar to old pocket watches or stopwatches, however their characteristic placement of the crown does remind me of these oldies. Anyone who has been following Bovet for a couple of years – let’s not say from the beginning that’s a bit too long for a human life – knows they have been teaming up with the legendary Pininfarina for six different editions now. Although I respect both brands for their heritage and their vision, I rather see the one not mixing with the other. 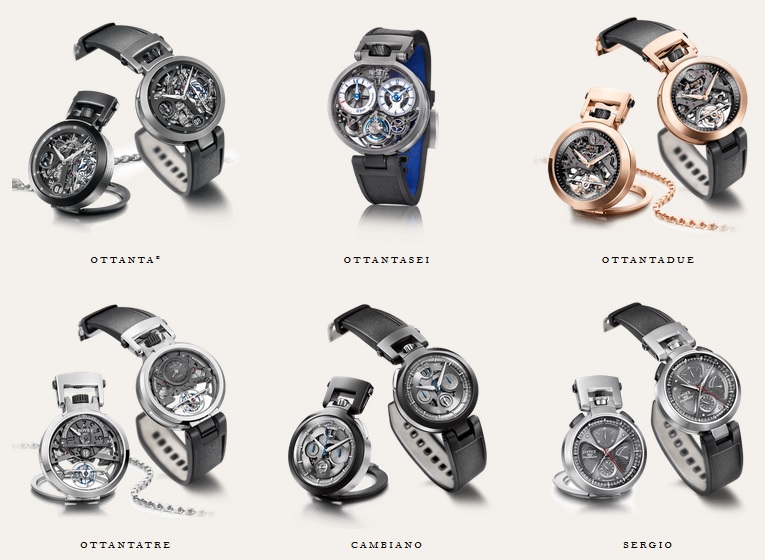 Their latest addition – the Ottantasei – is a typical Bovet looking watch with a very recognisable Pininfarina sauce. If you pick all the six collaborations, you’ll see that there’s a certain line in the design of each of them. Some will like it and others – like me – think it’s a bit over the top. Bovet has the ideal of mixing classical influences with modern day technologies. Something you clearly recognise in their ‘19thirty’ collection and sometimes is a bit too much. However, it’s a matter of personal taste. The fact that the watches are way too loud and have a very ‘crowded’ dial is something that slaps me in the face. It’s no longer a complimenting arm candy, more like a statement you want to make while wearing it. You would wear a Bovet and walk down the street while shouting: ‘Hey you, did you see what’s around my wrist?! Take a good look what I’m wearing, it’s crazy!’ Or something like that.. Anyhow, that’s not what I prefer. I rather wear a classy very clean looking watch. But, as I said, that’s a matter of taste. Let me be very clear, the fact that I don’t like the looks of these watches, doesn’t mean I don’t respect the brand. Bovet has made some very nice complications over the years and with this latest Pininfarina edit, they did it again.

The Ottantasei is the latest kiddo in the Pininfarina family and one short look makes it clear this watch is not to be underestimated. It has the looks of a technological masterpiece and – my god – it is. Now, don’t think it can transform into an Autobot or a giant airplane, but there are certain things it does. Starting off, this timepiece exists out of four great pieces of sapphire crystal. This choice in design makes the movement visible not only on the front and back, but also on the sides. The Italian designers and Bovet technicians made comparisons with the cockpit of an airplane or helicopter. Having a similar sight of visibility. When looking at the side of the case, one can see the laser engraved ‘Pininfarina’ logo in the sapphire crystal. An elegant detail complimenting the head designer of this sixth edition. Of course, as we’ve seen in previous Pininfarina Bovet watches, this Ottantasei has the same recognisable screws as its brothers and sisters. On top of the case, the crown can be found, wearing a sapphire crystal top surface also engraved with the Pininfarina logo. As if the sides weren’t enough and the wearer constantly has to be reminded of the Italian legend. I can understand it though. 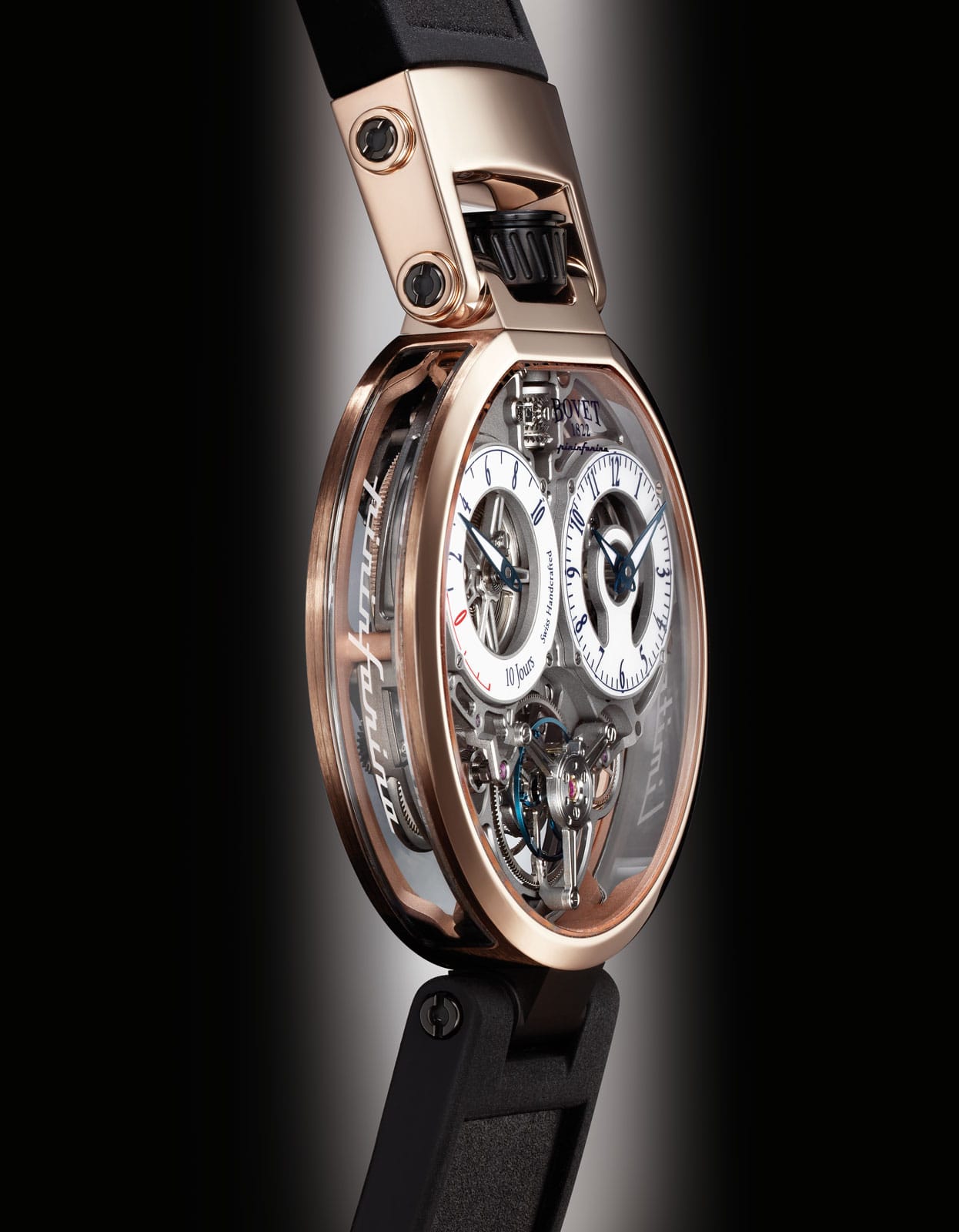 A very important value in the design of this tourbillon is the weight of it all. Pininfarina is a design genius and Bovet wants to create a timepiece that’s the maximum of what they want to achieve. As a result, the weight of the case is very low. For gold it reaches 51,66g and titanium weighs about 15,54g. Now as a comparison, a Rolex submariner weighs about 130/140g. It’s a timepiece which you easily could forget wearing, as light as it is. With a diameter of 44mm and a thickness of almost 9mm – 8,85mm to be exact – the Ottantasei fits each wrist perfectly, at least that’s what Bovet says. With figures like these, I’m very likely to believe that statement.

Something worth giving credits for is the fact that Bovet and Pininfarina have made decisions in the creation of this watch that very clearly underline the wish to have a very transparent timepiece. The vision is attracted to firstly the power reserve indicator at 10 o’clock with the single barrel, than on to the hour and minutes indicator at 2 o’clock and last but not least you’ll get attracted to the flying tourbillon placed at the 6 o’clock position. Each element of the movement well-placed and considered to be individually important to the harmony of the total design. Again, a well-balanced placement of each element, but in my opinion a bit too crowded. Nevertheless a technological candy. 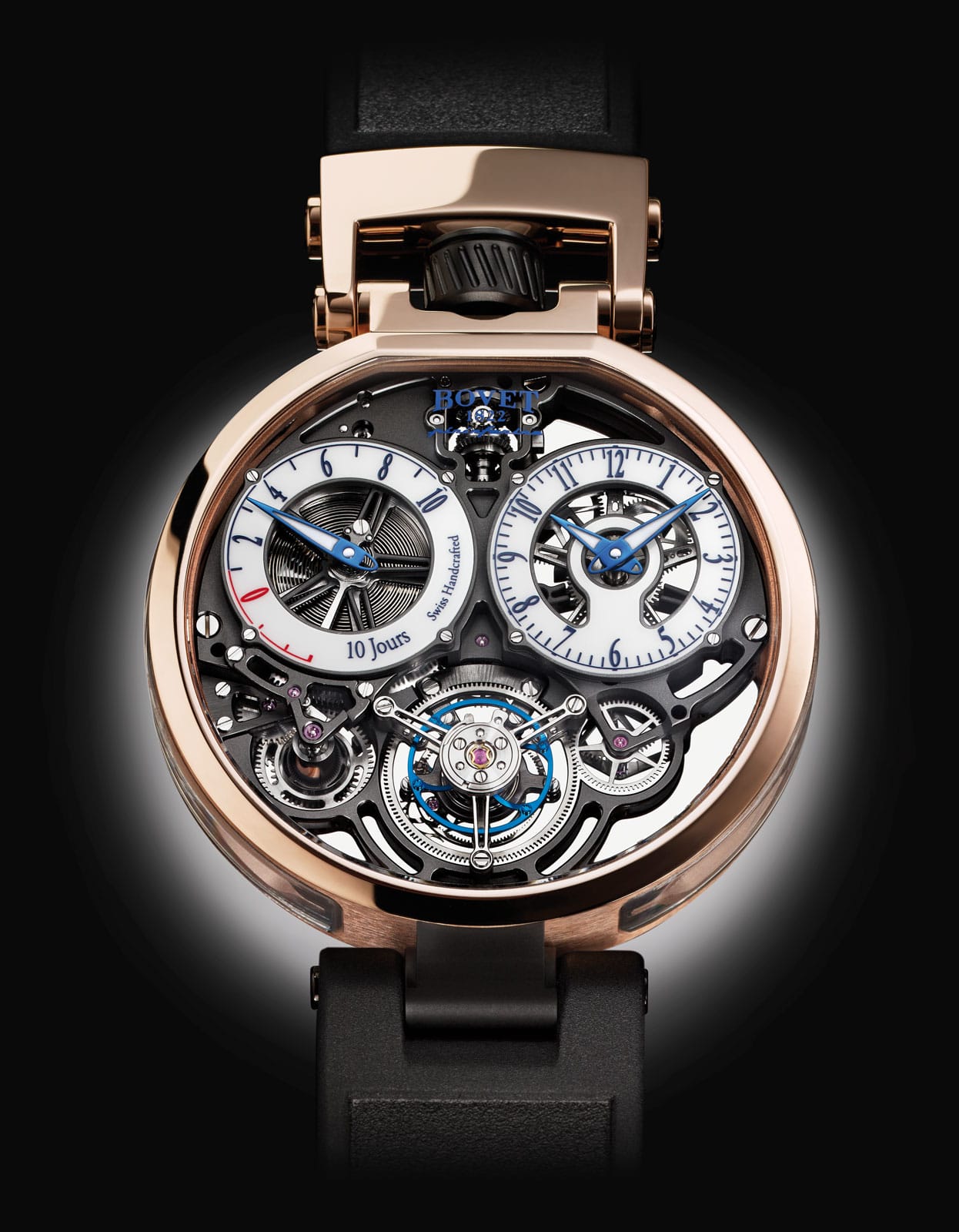 A nice little detail in the movement of the watch is the fact that the geniuses of Dimier 1738 decided to reduce the amount of wounding needed for this timepiece. Since the Ottantasei has a 10-day power reserve, there’s a necessity of winding it twice as much as required by the spherical differential developed by the watchmakers. A second patent is filed for the minimizing of the mechanism regarding the three-dimensional multiple meshing teeth. As a result, the watch can be wound twice as fast to give it the power needed for 10 days of well-executed displaying of time. Very cool and something you should definitely tell others while drinking your Martini on a boat somewhere near the Cote D’Azur this summer. No seriously, it’s these kind of technological inventions that makes Bovet a brand to respect.

Other than the different details that underline this timepiece is a member of the Bovet x Pininfarina family, is the fact that from scratch, this watch is made out of 34 different shades varying from black to white to give the timepiece the desired volume. The dials are fully developed in the Bovet workshops and are two very thin rings rather than solid disks. Fun fact: the immaculate white lacquer is a nod to the company’s history and the pocket watches they developed in the 19th century. A potential buyer has the ability to choose from three different case styles: 18-carat red gold, grade 5 titanium or black DLC-treated grade 5 titanium. In my opinion the last one is the slickest choice one can make, but hey matter of taste.

If you are willing to pay an unknown amount of money – it won’t be cheap I can assure you that – be quick. When the meter hits 86, you are no longer able to grab one of these Pininfarina Ottantasei watches and you’ll have to sit back and dry your tears. As I said in the very start of this article, it’s not my personal favourite, but nevertheless a respectable timepiece and a piece of innovation. Bovet does things that distinguish them from other brands and that’s something I do like. So, forget my poor taste in this matter and take a look at this special tourbillon watch. Because special, it is.