A new worldwide partnership is born
Tissot and the National Basketball Association (NBA) revealed big news today. As the first official timekeeper of the NBA, Women’s National Basketball Association (WNBA) and NBA Development league (NBA D-league), Tissot received a multiyear contract. It’s the biggest achievement of the Swiss brand since their origin over a 160 years ago. Also, Tissot can mark this moment as their first big official timekeeping contract with a big North American sports league. We could understand bragging about this deal during a family diner, it’s huge.

François Thiébaud, President of TISSOT
“The emotions and the spirit behind the sport will further translate into our products.” 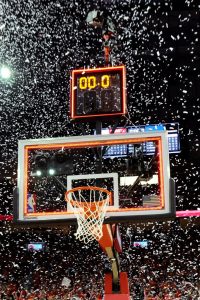